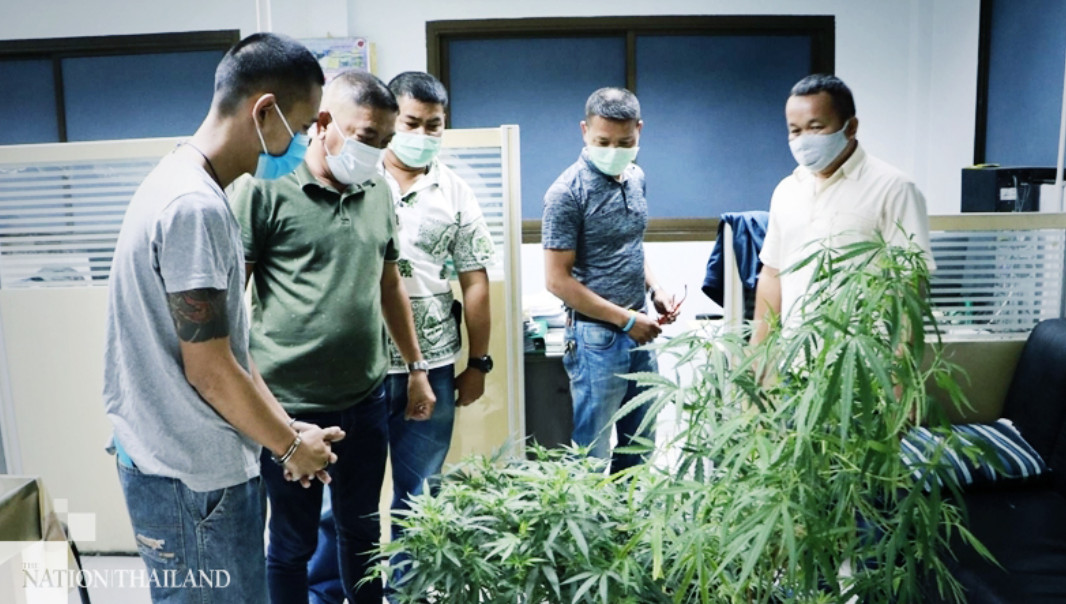 A man was arrested yesterday for allegedly possessing cannabis, which he claimed were used to cure his father, who has diabetes, hypertension and suffered from stroke.

Earlier, Bang Khun Thian police searched for a house in Bangkok’s Bang Bon district after a tip-off by neighbours. The police found five cannabis plants on the second floor.

The owner of the house, Sakol Anekthanaset, 23, claimed that the plants were used as a medical remedy for his father, who had been sick for three years.

Sakol said he ordered the seeds on the Internet and grew them for three months. He maintained that they were not for sale since he brewed them only for his father.

However, the police charged him for possessing a Type 5 drug without permission. He will be prosecuted.

Almost 9,000 houses in 41 provinces have been destroyed by a summer storm and need aid from the government, the Department of Disaster Prevention and Mitigation said.

Director-general Monton Sudprasert said a high pressure system that collided with heat caused a powerful storm in the northern, northeastern, eastern and central regions of Thailand.

The department collaborated with local governments to evaluate the damages after the storm eased, so those affected could be assisted.

Local officials sent aid packages and helped rebuild damaged houses. Those in need of assistance are requested to call the hot line 1784.

Markets, parks and some stores to reopen starting Sunday, but alcohol sales have been banned

More people cry for help as software rejects them for alms