Prime Minister Thaksin Shinawatra asked Somkid Jatusripitak on Monday to stay on as finance minister while serving as his deputy, a Government House source said yesterday.

Thaksin met privately with Somkid for three hours and persuaded him to keep the finance portfolio, because people tapped to replace him had refused the opportunity.

Somkid had previously said he would give up the Finance Ministry and return to being a deputy prime minister overseeing the economy.

However, he eventually agreed to assume both roles and Thaksin promised to find staff to help him with the ministry’s work, the source said. Thaksin told reporters that the Cabinet roster was 80-90 per cent filled, but urged the media not to ask many questions as he was looking at the overall picture and only two or three candidates were still undergoing clearance checks.

Thaksin said the list of Cabinet members would be submitted to His Majesty the King for Royal endorsement following his formal election as prime minister today.

A recent survey by a company found that many downtown residents and workers did not want the new Cabinet to include Deputy Agriculture Minister Newin Chidchob again.

Of the 3,381 respondents, 30 per cent were not in favour of Newin joining the Cabinet, followed by Education Minister Adisai Bodharamik and Thai Rak Thai Party deputy leader Suchart Tancharoen – at 10 per cent and 6 per cent, respectively.

Chat Thai MP Chuwit Kamolvisit was mentioned by 14 per cent as a desirable Cabinet member, even though he sits on the opposition bench, followed by Public Health Minister Sudarat Keyuraphan and Deputy Prime Minister Purachai Piumsombun, with 10 per cent each.

About 6 per cent said they liked Democrat Party leader Abhisit Vejjajiva for premier.

The top five matters that survey respondents said they wanted the government to tackle were the extension of the Skytrain lines, traffic jams, corruption, the southern violence and development of education.

The survey was part of Siam City Cement Plc’s marketing activity called “The Cabinet Members As You Wish”, that unfolded a one-kilometre-long canvas banner along Silom Road on February 17 for residents and passers-by to write their thoughts and wishes regarding politics. 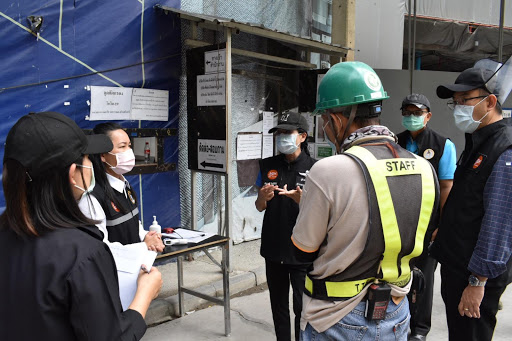